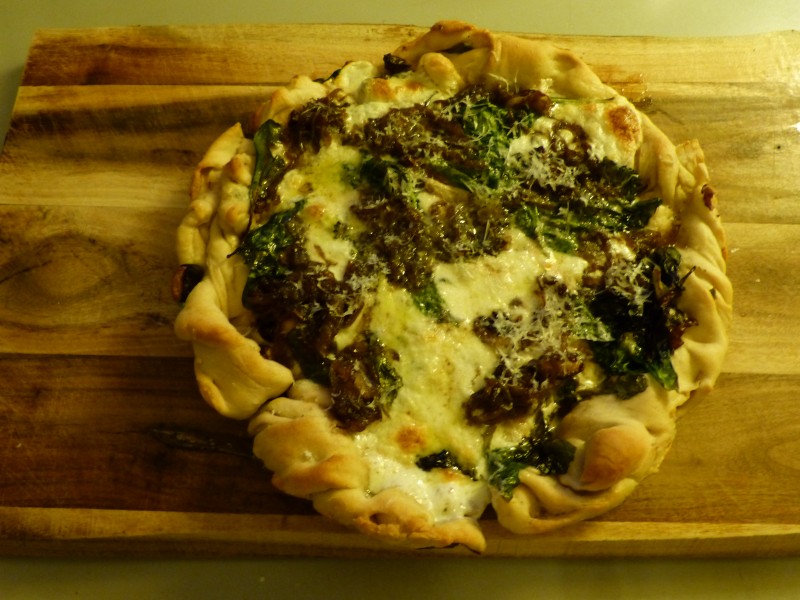 Tonight I tricked my girls into eating the pizza I made from scratch.

When I brought it to the table Mae said ‘Mmmmmm, it smells like REAL pizza!!’ then she took a bite and said, under her breath, ‘This doesn’t taste the way it smells.’  When I saw they were slowly picking at it and each other,  I had to take matters into my own hands- or in this case, fingers.  I fed it to them piece by piece (something I refuse to do these days, as they are all 3 old enough to feed themselves).  As I fed them, I acted scared they were going to bite off my fingers.  They’d chomp the piece of pizza from my fingers, I’d let go and draw my hand back in fear, and they’d laugh hysterically.  They kept asking me to show them my hands, and encouraged me to pretend I had lost all but 2 of my fingers. Dinner got pretty gruesome pretty quickly, and I was feeling weird about it.

They weren’t loving the pizza because it was delicious, they were loving it because I made it into an awful game.  Leading up to my decision to spazz out and play trickster, Ida was begging for lentil soup and Mae was begging for more eggs.  (They ate all the lentil soup last night and I had enough eggs for everyone to get only one – my co-op run is tomorrow, and I’ll purchase the usual $15.00 worth of eggs for the week, yikes).  So I had to get creative and sneaky, which I don’t like when it comes to food and kids, but this pizza was fucking awesome and I worked really hard to make it and they needed to eat it all.

Cut to 6pm: Ida is asleep for the night, Charlotte is also asleep, and Mae is pretending to be my doctor.  Naturally, the first thing she did was rub lotion on my feet.  Everyone’s doctor does this, right?  When she was done,  I asked if she fixes fingers because my children ate all of mine during dinner.  Not missing a beat, she said of course, and proceeded to pop my fingers up, one by one.

Mae: (straight faced, and in doctor speak) “No I’m not.  I’m just a doctor.  What day do you want to schedule your next appointment for?”  She is so serious when she’s playing a role.  She proceeded to write down my appointment for me so I wouldn’t forget, then brushed her teeth and went to bed.

Did I mention how good this pizza was? It may not look great in the low light photo I took of it, but imagine this: chewy crust, crisp dough from scratch, fresh mozzarella from Caputo’s, dark red kidney beans, a pile of mesculin and Pecorino Romano and caramelized onions with fennel and red pepper flakes (something I made last night, recipe to come, it’s my new favorite winter staple).