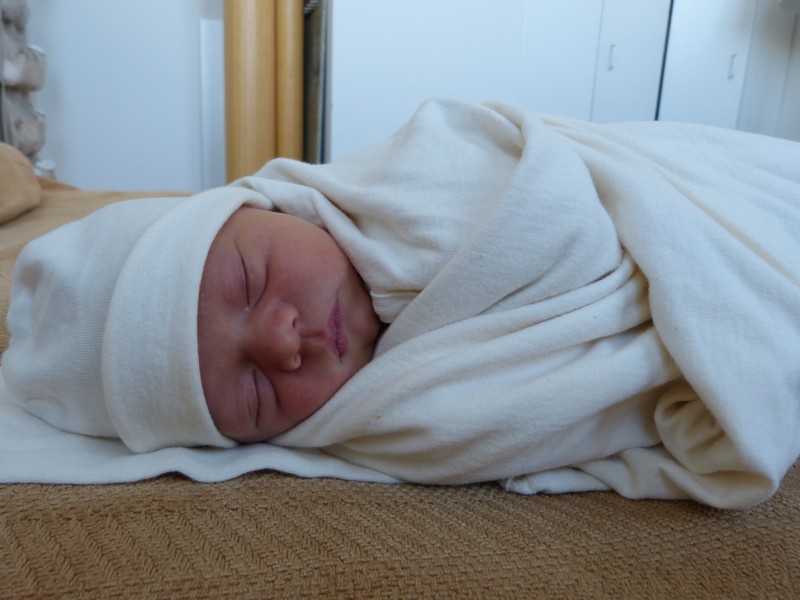 I am addicted to newborns.  The day after Behr was born I missed being pregnant.  It was the same with the girls, only it hit me that this is my last baby.  For the last 5 1/2 weeks, I’ve spent the very few free moments I’ve had soaking up this fleeting stage:  his tiny wrinkled feet on folded legs, his chipmunk gurgles,  smurf sneezes, and wheezing quickened breaths.  The smell of sour breast milk churning into cheese in the folds of his neck.  The lanugo that still clings to his delicate ears.  His sweet little clenched fists and miniature yet razor-sharp fingernails.

I even let him fuss a little bit so I could take a video of all of his sounds and spastic swimming movements of his arms and legs.

Newborn diapers have now gone from fitting him like a potato sack to hugging him like tighty whities.  It’s a good look for him, until the inevitable poopsplosion.

Below are pics of him, the day and days after he was born, solo and being held by his eager and incredibly helpful big sisters.  As you scroll down you’ll see the chunk beginning to take over his face.  Imagine a couple more chins and that’s what he looks like today!

The morning after he was born, with Ida, Mae, and Charlotte: 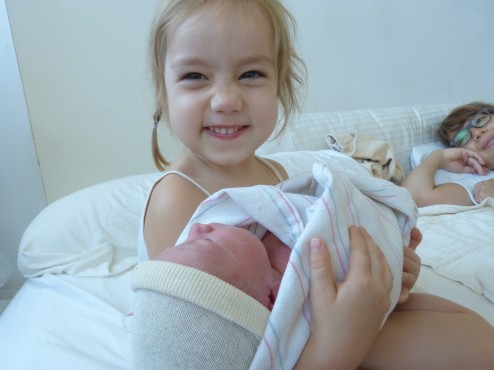 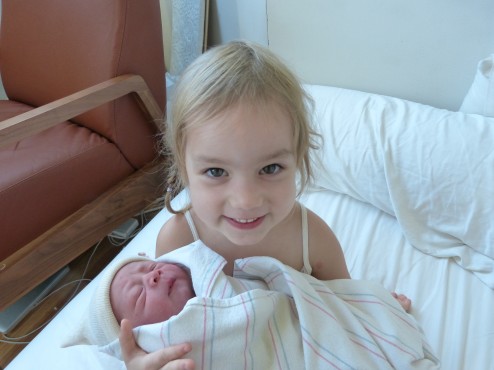 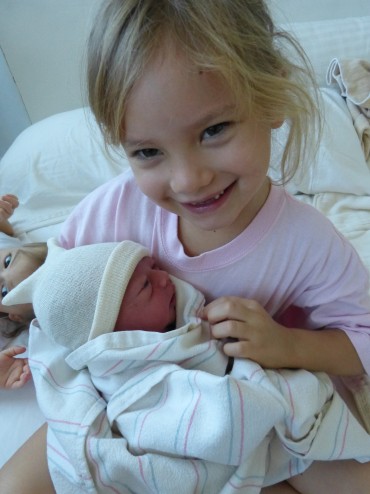 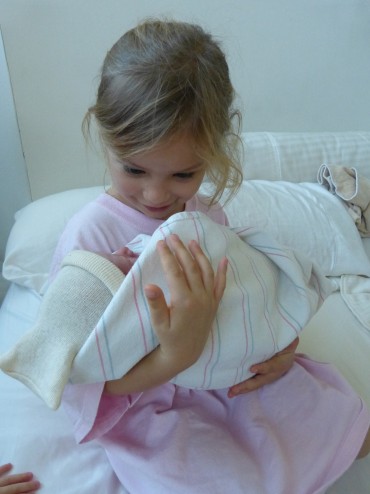 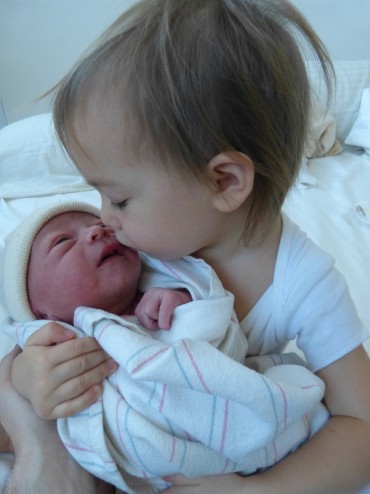 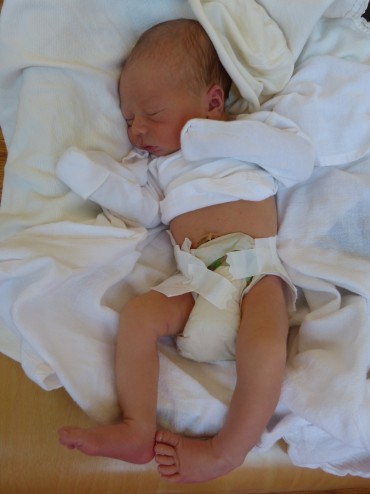 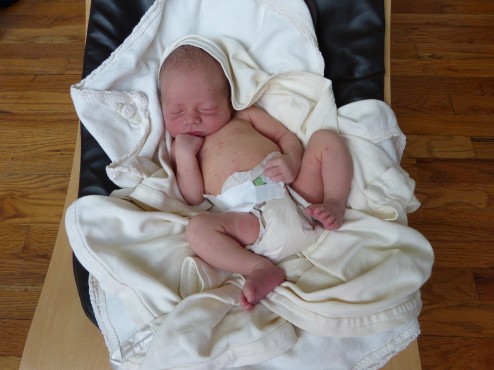 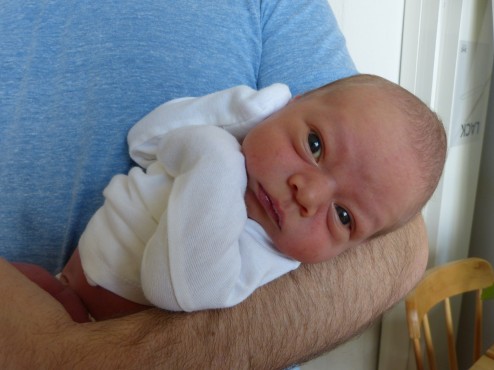 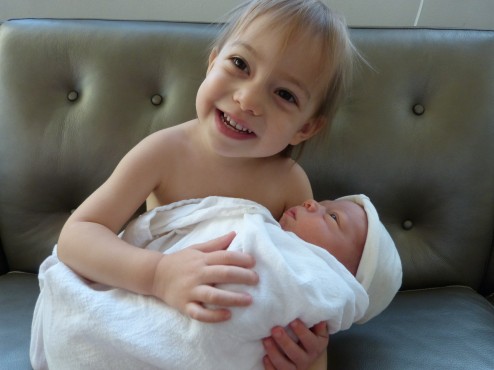 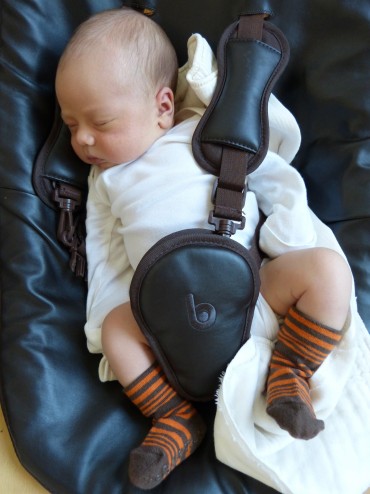 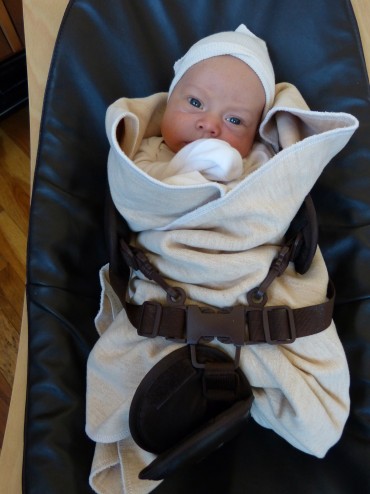